Chicago Bullseye 457 – The Blazers Loss, Lonzo’s History, and an Eye on the Bucks

Chicago Bullseye 456 – Interview with the Amazing Gustavo of Bulls Twitter

In a new segment of the Chicago Bullseye, See Red Fred interviews the Amazing Gustavo, one of the many stars on Bulls Twitter.

See Red Fred interviews legendary sportscaster Mark Schanowski. They discuss a variety of topics about his history covering the team and the current iteration of the Red Leviathan.

This episode is sponsored by IDIQ: www.identityIQ.com/chicagobullseye

Follow Mark on Twitter: @MarkSchanowski
Listen to “Gimme the Hot Sauce” and “Sharp Shooters” on all platforms to hear Mark.

1:00 What advice would you give to the youngsters listening in order to achieve broadcasting domination?
2:22 What are the memories that come to mind first when you sit back and recollect about your years covering the Bulls?
4:50 What member of the Bulls did you enjoy covering the most? The least? Silvy relates the story of his big break at WGN with the MJ Interview.
9:00 Were you as irritated about the fall-out after the last Dance against Michael as I was?
10:42 Noah-Rose-Taj-Butler…from 2007-2011, Does this represent the greatest GM run in the history of Chicago sports?
16:25 Rapid Fire Questions
• Would the Bulls have beat the Celtics in 2017 if Rondo didn’t get hurt?
• Knowing what you know now, would you still make the Butler trade?
• If Boylen is still head coach of the Bulls you will _____.
22:53 Silvy Strong

23:49 Are the Bulls Missing the Bubble Detrimental to their Future?

You were the only Beat Writer to cover all six championship teams. Which one of those teams did you feel was the best? What team represented the best competition? 13:30

Do you feel the unfair coverage and speculation from the national media in 93 spurred MJ’s retirement? Or do you feel it would have happened no matter what? 27:30

Who changed the most in your time covering the Bulls: MJ, Scottie or Phil? 33:00

Why did the Krause-Phil relationship disintegrate? 36:40

I am going to name some players-Coaches-FO personnel…I’d you to briefly comment on these gentlemen, w/ the first characteristics-images-stories that come to your head: 38:00

Topics:
1:00 What were the interesting revelations for you in Episodes 7 & 8?
8:15 What do you want to see in Episodes 9 & 10?
11:45 Better or Worse? Who do you feel better or worse about after viewing this Documentary? Jordan / Pippen / Coach Jackson / Krause

“I watched two Jordan playoff games on NBA TV last night — his 45-point evisceration of the ’90 Sixers (Game 4), and the night he rammed a stake into the hearts of the Bad Boy Pistons (Game 3 of the eventual 1991 sweep) — and came away wondering if Jordan was actually underrated. A strange takeaway from someone who already believed Jordan was the greatest basketball player ever, and that we’d never see anyone like him again. But that’s how I felt. When will I see the league’s best athlete, hardest worker, smartest player and most ruthless competitor in the same body again?” – Bill Simmons 9.12.2011

The countless debates I’ve had over the past 5 years with seemingly knowledgeable fans, who firmly believe Lebron is a better player than Michael Jordan, serves as my primary evidence for Jordan’s status as an underrated player. Most people 25 and under have no memory of watching Michael play in a Bulls uniform. Sports personalities like Nick Wright, born in Jordan’s rookie year of 1984, espouse moronic arguments on Lebron’s superiority. Nick doesn’t have real memories of Jordan at his apex, which were the years from 1987-1993. Many commentators do not remember 1987-88, when Michael averaged 35 points, 3.2 steals and 1.6 Blocks, all numbers LBJ never achieved. Few remember 1988-89, when Michael averaged 32.5 PPG, 8 rebounds and 8 assists.

There’s one simple but significant difference between LBJ and Michael. Michael was ready to win titles in 1986, but his teammates were not. LBJ’s teammates were ready to win titles in 2011, but LeBron was not. James shrunk on the NBA’s greatest stage and was outplayed by Dirk and his inferior Dallas team. This fact cannot be erased or ignored. In 6 games vs the Mavericks in 2011, LBJ never led his team in scoring. Contrast that stat with Jordan, who was the highest scorer on the court for every game against the Suns (Barkley tied him with 42 once) in 1993, and for the majority of games he played in his Finals career.

Jordan was the greatest member of the Red Leviathan, who took the vast majority of often average teammates by the collar, and dragged them up mountains of achievement. Whenever the Bulls faced a moment of truth, all eyes turned to Michael. No player, LeBron included, had more weight on his shoulders. Even his greatest teammate, Pippen, couldn’t consistently step up against the feared Pistons teams until 1991. I don’t believe Scottie could have achieved his status as one of the best of all time without Michael providing cover and propulsion during Pippen’s formative years.

Michael never deferred, as Lebron did in the 2011 Finals. While succumbing to Dirk, LeBron deferred to Wade. He became insignificant on a national stage. And he did this over the course of a series, not just in one game. Everyone can point an occasional bad game, but the greatest will never fail over an entire series, and that never happened to Jordan.

Michael’s impact on our city is also underrated outside of basketball. There was a time when the most famous Chicagoan was the gangster Al Capone, according to many who remember our city before Michael’s arrival. Today, Jordan, Oprah, and President Obama are the names most often associated with Chicago, and we should all take solace in that fact.

It’s also hard for younger fans to comprehend the “loser” reputation Chicago once held in the world of major sports. None of our teams produced a champion from 1963 until 1985. Even the 85 Bears, undoubtedly great, left a sea of disappointment in their wake, with all of those legendary players failing to achieve another trip to the Super Bowl. There was still a palpable attitude that Chicago was nowhere near New York, Boston, or LA in terms of “winning sports towns”. Jordan took that albatross and smashed it forever. Chicago went from “second city” status to a metropolis synonymous with greatness within a few years, almost entirely due to the feats of Jordan.

See Red Fred @cbefred interviews Bulldog Kevin Anderson @kevinAnderson for a discussion on the Bulls and his top-10 Star Wars Scenes. This latest episode of the Chicago Bullseye was recorded after 3 straight games of 30+ for the incredible Coby White.

Special Addendum to Chicago Bullseye 440. Miami Heat Expert Alex Stancioff @alexcon stops by to talk about Jimmy Butler and the Miami Heat before their game vs. the Beloved Bulls tonight. 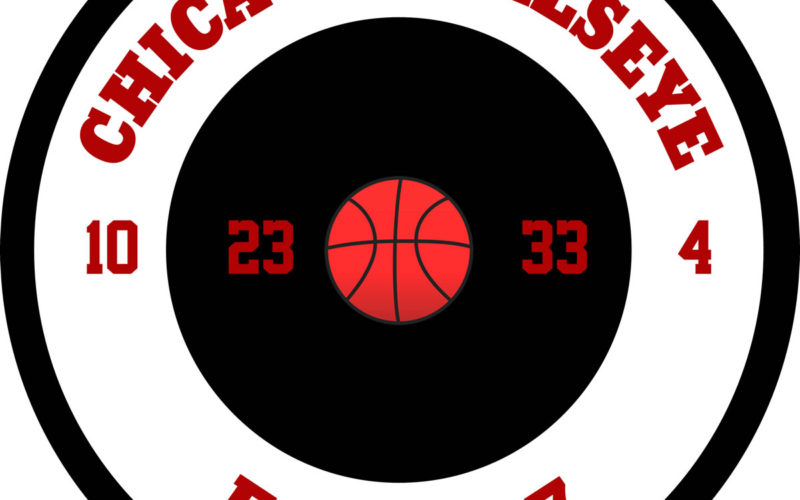 In this episode, See Red Fred @cbefred interviews Michael Walton II @ZenMasterMike in a wide-ranging discussion on the Beloved Bulls. They discuss the draft, the free agent signings, and where the Bulls will likely end in the East. Email the show: ChicagoBulleye@gmail.com

Topics:
Can the Nuggets win the West?
Michael Porter Jr 1:38
Power Structure in Denver
Wade to the Nuggest 3:57
Mistakes of the Nuggets Front Office 5:15
West Predictions 14:05

Chicago Bullseye – Part 1B Interview with Bulldog Anderson of NBC

“Bulldog” Kevin Anderson of NBC Sports Chicago joins the Bullseye to discuss the burgeoning Red Leviathan after their successful offseason.

Topics:
Defense of Kris Dunn
The #8 Seed in the West
Will Chris Paul Be Traded?
Happy 40th Birthday to Mark K

Chicago Bullseye 433 – Part 1A Interview with Bulldog Anderson of NBC

Part 1A “Bulldog” Kevin Anderson joins the Bullseye to discuss the burgeoning Red Leviathan after their successful offseason. 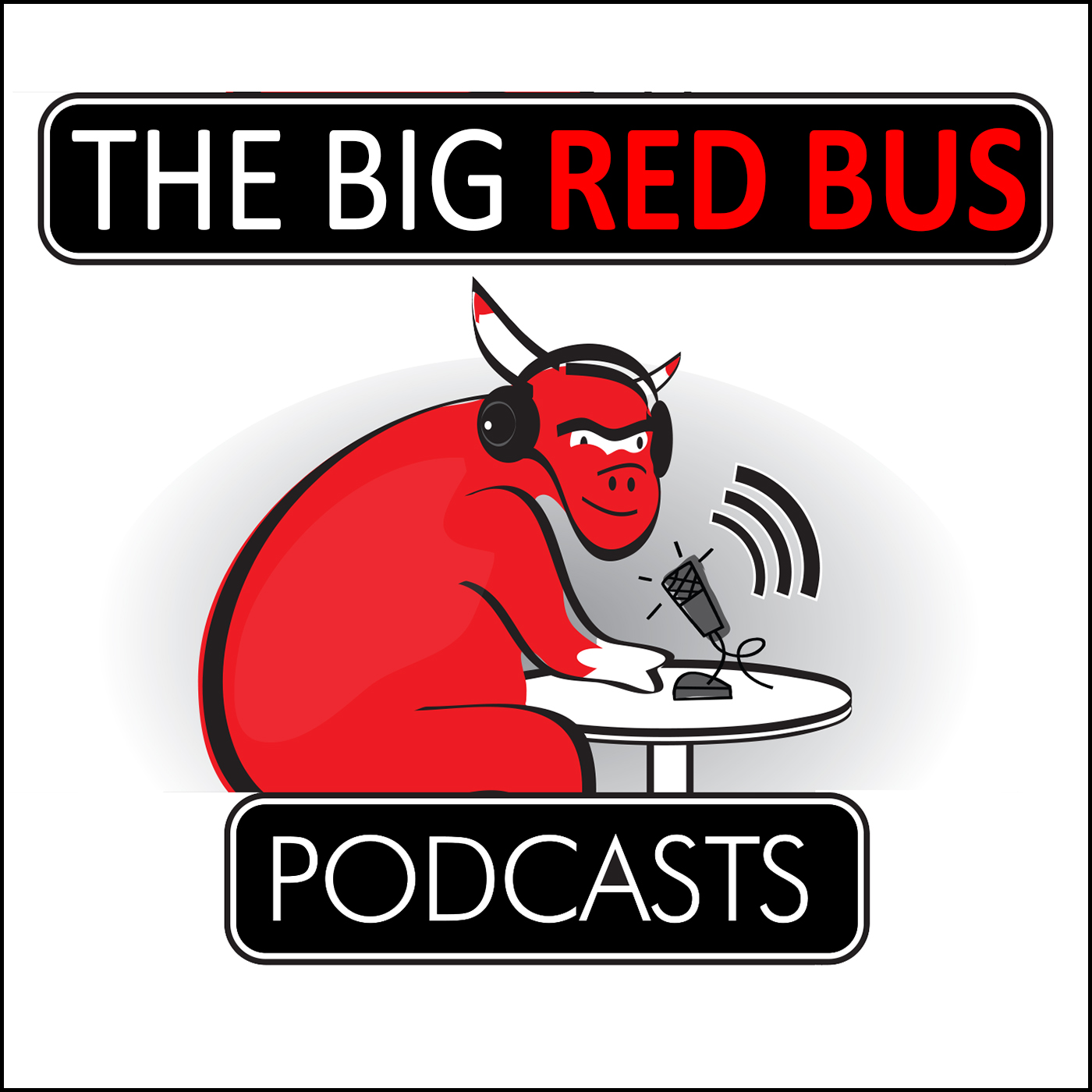 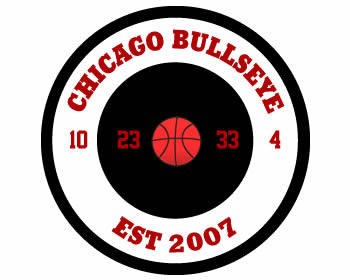