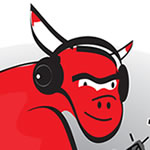 It’s the Bulls Podcast #46 hosted by Marcus Couch and Wyse Black. We’re covering Zach Lavine’s career-high “answer” to the doubters (and coaches). Is the new Duo now Zack and Coby? Our State of the Bulls and Game predictions for the coming week.
Welcome to the Bulls Podcast, coming to you from BullsPodcast.com. This is where we bring you the latest news, reviews, rants, rumors and opinions on the players, coaches and front office of the Chicago Bulls.
And joining us once again is sports blogger, podcaster and admin to one of the best Bulls FB groups there is, it’s Kenyatta Wright!
We’ve got several topics for this episode. Including:

What a difference 24 hours makes
State of the Bulls: Are we too hard on the team?
Game predictions for the coming week

Bulls win the game of the year
What an incredible 24 hours in Chicago Bulls team history.
Let’s break this all down for you.
Friday night, the Bulls were flat out punched in the face by Jimmy Butler and the Miami Heat. The 116-108 score was nowhere near the reality of the game. The Bulls never had a chance against the Heat.
The Bulls played absolutely awful, already down 34-16 in the first quarter. Including a scoreless streak of nearly 10 minutes to start the game.
Zach Lavine was visibly frustrated after the game. His initial comment was “We’re all out of rhythm and we’re trying to find it. We’re obviously trying to win. I think we’re a really good team. We have some things we have to continue to get better at. We’re just not there yet.”
Jim Boylen chopped his players off at the knees, pulling Zach Lavine out early in the 4th. When asked about it in his post-game press conference, Boylen stated “I just pulled him. Not combative. Guys know. Zach LaVine and Lauri Markkanen and our starters got to play better for us to become what we can become. That’s how it works,” Boylen told reporters. “I want him to be a two-way player. That’s what I want him to be.”
LaVine said he thought he was used as a scapegoat for the Bulls’ struggles.
After a reporter told Lavine what Boylen said, he replied “I guess I was to blame for it. I’ve gotten pulled early before by him. I guess that’s just his thing to do,” LaVine said. “I have to take it in stride. I’m not the coach. What did he say I got pulled for?”
Zach LaVine says he senses a lack of trust from coach Jim Boylen after the guard was temporarily pulled in the first quarter of Friday’s loss to the Miami Heat.
“I’m trying my best, I’ll say that,” LaVine told Yahoo Sports “I’m playing my minutes and trying to do the best I can do. It’s tough, especially when you’re in a rut. If he doesn’t trust me, it’s hard to trust someone who doesn’t trust you.”
The Next Game – Bulls vs Charlotte
One night after questioning his relationship with coach Jim Boylen, the Chicago Bulls’ Zach LaVine came through with a big game.
LaVine had a career-high 49 points, including the winning 3-pointer with 0.8 seconds left to give the Bulls a 116-115 win over the Charlotte Hornets on Saturday night. It was undoubtedly the game of the year. I watched nearly every NBA game from every single team this season. There’s been nothing like this so far this year, and there’s not been a last-minute comeback finish like this for the Bulls in years.
After the game, Zach Lavine was all smiles. We talk about revenge games a lot, but it’s usually revenge against a team you previously played for. This was something completely new. A revenge game against your own coach and what he said not even 24 hours earlier.
Coby White’s 12 made field goals in the game were the most by a Bulls rookie in a single game since Derrick Rose did it in 2009. At one point in the game, Lavine turned to Coby and said: “It’s you and me..”. This may be the start of the desperately needed DUO that we’ve been begging fo…

Special Addendum to Chicago Bullseye 440. Miami Heat Expert Alex Stancioff @alexcon stops by to talk about Jimmy Butler and the Miami Heat before their game vs. the Beloved Bulls tonight.

It’s the Bulls Podcast #45 hosted by Marcus Couch and Wyse Black. We’re covering Coby White Craziness, Are we contenders yet? The Bulls are still a horrible team. Bulls Player Injuries begin to mount, what will be the effect?  Plus our Predictions for the upcoming week.
Welcome to the Bulls Podcast, coming to you from BullsPodcast.com. This is where we bring you the latest news, reviews, rants, rumors and opinions on the players, coaches and front office of the Chicago Bulls.
We’ve got several topics for this episode. Including:

Coby White’s Record-Setting Crazy Night
Bulls Player Injuries begin to mount, what will be the effect?
Are we contenders yet? The Bulls are still a horrible team.
Game predictions for the coming week

In celebration of Bulls Podcast Episode #45, we celebrate the number #45 throughout Bulls History:

Before I forget I also want to say hello to the newest listener to the Bulls Podcast, Kristin Ledlow who does reporting for TNT and is an outstanding student of the game. She just started up a new podcast with Candace Parker called Ledlow & Parker that you should definitely check out to get a really fun take on a lot of the inside NBA talk. They are both great and it’s a really fun show to listen to.
COBY! COBY! COBY!
What an incredible night we all got to witness on Tuesday 11/12 when Coby White set and NBA Rookie and Chicago Bulls record by hitting 7 3’s in the 4th quarter to seal the win, and seal Coby’s legend in Chicago history. It was one of the most exciting individual performances we’ve seen in the last few years as Bulls fans. Something truly worth getting excited about.
With Coby’s College Coach, Roy Williams in attendance, Coby once again re-ignited his Sub-Zero attitude, shooting a cold-hearted 7 for 11 from three and ending the night with 27 points.
One of the highlights was seeing Ryan Arcidiacono turn around to raise his hands in the air before the ball even made it halfway to the hoop. He knew it was going in the whole time. When asked about it, Arch said, “
Jim Boylen on Coby White’s historic 4th Quarter: “We honored what he was doing – we kept feeding him, we kept getting him, kept finding him. And I thought that group did a hell of a job. Obviously, he was terrific, and we helped him be that way, which is what I think good teams do.”
After the game, Wendell Carter Jr was once again vocal about being a leader within the team. It appears as if WCJ is emerging as the true alpha of this team now..
Wendell Carter Jr. said, “We see exactly what we’re capable of doing. So now, that’s my expectation — nothing lower than that. Whenever that doesn’t happen, I’ve found my voice on this team where I can talk to each individual player in a manner where they will understand.”
WCJ also says he would like to find something to juice the #Bulls up every game if he can. That was part of his motivation in vowing that Bobby Portis wouldn’t go off on the Bulls again.
Injuries are taking their toll early in the season
The injuries seem to be mounting up. Zach turned an ankle and is probable for the Bucks game on Thursday. Otto Porter Jr is still out of action with his foot injury and listed as day-to-day, though is already ruled out of action in the Milwaukee game. Cristiano Felicio is suffering the worst injury of all with a broken right wrist.

It’s the Bulls Podcast #44 hosted by Marcus Couch and Wyse Black. We’re covering the Bulls wild week, Goodbye to PA Legend Tommy Edwards, Why Boylen Can’t Coach, Valentine and Gafford to the G-League with Bol Bol and Predictions for the upcoming week.
Welcome to the Bulls Podcast, coming to you from BullsPodcast.com. This is where we bring you the latest news, reviews, rants, rumors and opinions on the players, coaches and front office of the Chicago Bulls.
We’ve got several topics for this episode. Including:

In celebration of Bulls Podcast Episode #44, we celebrate the number #44 throughout Bulls History
Paul Ruffner 1971, Tom Kropp 1977, Andre Wakefield 1979, Quintin Dailey 1983-1986, Corie Blount 1994-1995, Mario Bennett 1999, Dalibor Bagarić 2001-2002, Trenton Hassell 2003, Adrian Griffin 2005-2008,  Brandon Sampson 2019 and the most prominent in our hearts and minds is #44, Nikola Mirotic. He was the three point sensation that never was. We heralded his arrival in Chicago as the second coming of Ray Allen. Unfortunately he played with the court vision of Ray Charles instead.
Niko is out of the NBA now, making headlines this past offseason season by turning down over 30 Million to instead return to Europe and be done with the league forever.

Tommy Edwards Steps Down as Bulls PA Announcer and calls it a Career
A number of generations of fans have had the opportunity to hear his voice during games at the Chicago Stadium and the United Center. But after three different stints with the team, Tommy Edwards has decided to step away from the mic.
The public address announcer said on Thursday that this coming Saturday’s Bulls game against the Rockets will be his final at the United Center, deciding to retire after 25 years of work for the team.
“My time with the Bulls has been a dream come true, and I feel so fortunate to have spent a total of 25 seasons with this iconic franchise,” said Edwards in a statement released by the team.  “I want to extend my sincere thanks to Jerry and Michael Reinsdorf, the entire Bulls organization and the world’s greatest fans for their unwavering support. I will forever be a Bulls fan.”
Edwards was behind the mic for games at Chicago Stadium from 1976-1981 and then again from 1983-1990. Sixteen years later, Edwards returned to the team to be the PA for games at the United Center and continuing in that role for 13 years.
In total, Edwards was behind the mic for over 1,000 games.
Now secretly, and not so secretly if you follow me on social, I want RAY CLAY to resume his former role as the Bulls PA Announcer. For those of you new to the show that don’t know who Ray Clay is, Let me refresh Your Memory..

Beyond being the voice of the Bulls throughout the Jordan Championship years, he’s also the guy you hear at the beginning and end of The Bulls Podcast. He was gracious enough to do that intro for us and we are keeping it forever. So if you’re on social, Tweet, IG, whatever.. Tell the Bull that you want Ray Clay to come back. We need that energy again. Energize the fans and the fans energize the players. It’s all full circle.
State of The Bulls: Coach Boylen Doesn’t Care
When we started the year. Things were looking really great for the team. It seemed like we had all of the pieces to do a substantial run into the playoffs this year. That was the goal that Gar/Pax, Coach Jim Boylen and the rest of the team repeated over and over. “Our Goal is to make the playoffs this year and we think we can do it..”
Well, things haven’t worked out so far this year. The excuse that Boylen doesn’t have all of his players healthy at the same time, is not the case this year.